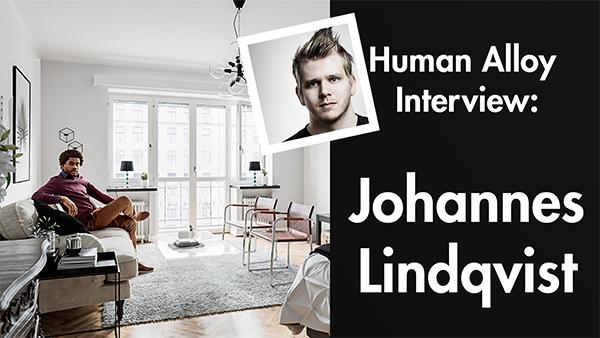 ​​This month’s interview is with: Johannes Lindqvist. This 3D artist from Sweden has been working in the field of 3D design for ten years. He started his career at IKEA and is now entering a new era as self-employed. He is known for his photo realistic architectural visualisations and focus on details.

Johannes: “Oh, this is an easy one. Simply the creativity. The ability to play with light and composition, the freedom it gives to shape and create. And the best part, actually fooling people to believe they are watching something they’re not; a photograph. 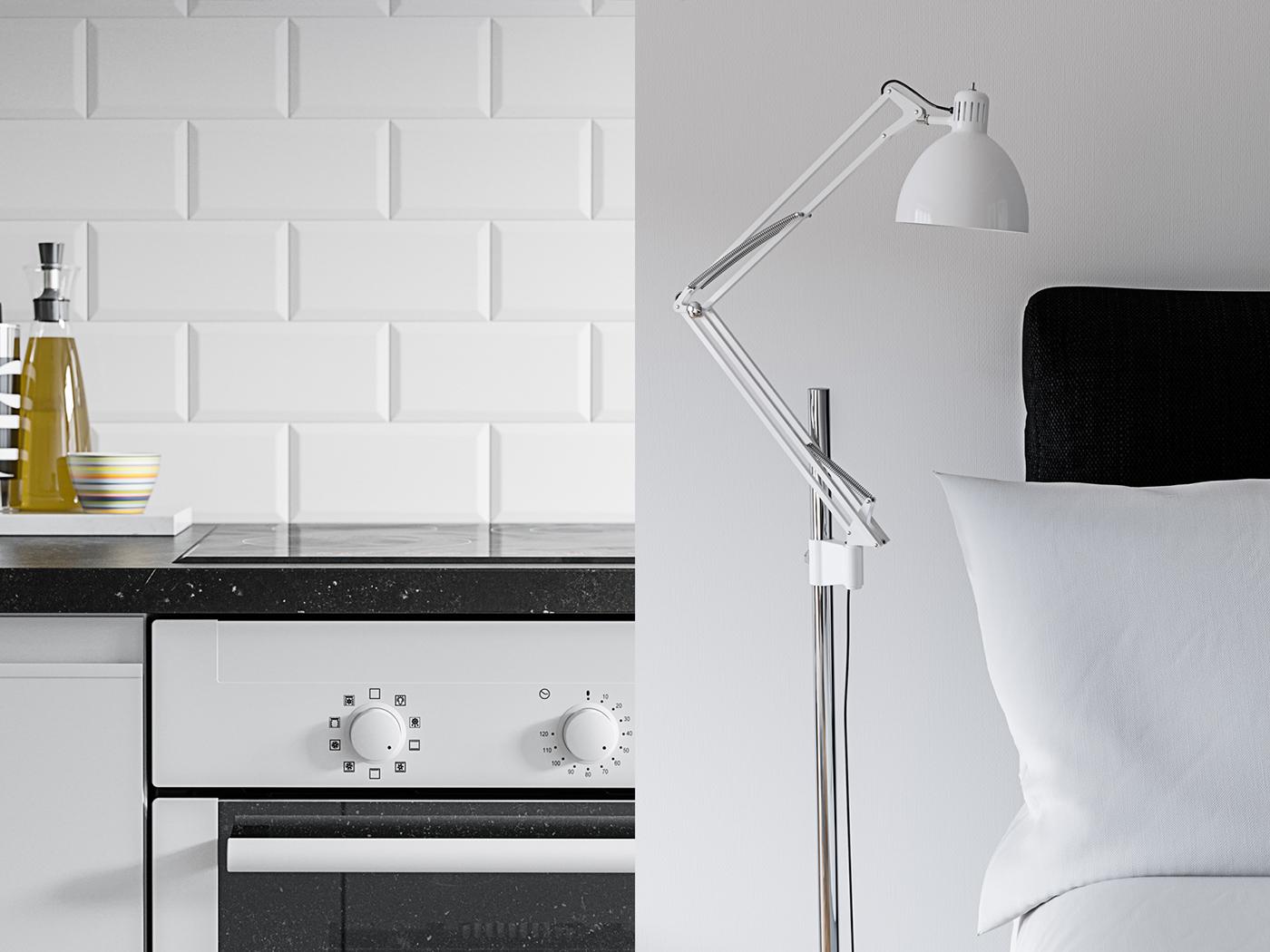 3D Has always been a big hobby for me and I realised pretty early that I could convert my hobby into my source of income. Of course, it’s always a bit dangerous when your hobby becomes your work, risking getting tired of it or just loose your inspiration. But I really couldn’t think of doing anything else to put food on the table. It’s not always fun and I certainly do, with all my heart, hate it sometimes. But the good times definitely weigh up for the bad.​

​​Another aspect is the freelance point of view. Even though freelancing can be really hard work from time to time, I love the freedom it brings. I’m no 9-5 kind of guy, and I certainly can’t get up early in the mornings. Working from home suits me extremely well and it gives me the freedom of choosing my own working times, taking a tour to the grocery store whenever I feel like it or just spend rendering time in a lounger in the sun, enjoying life. When I’m not working my ass off, that is.” 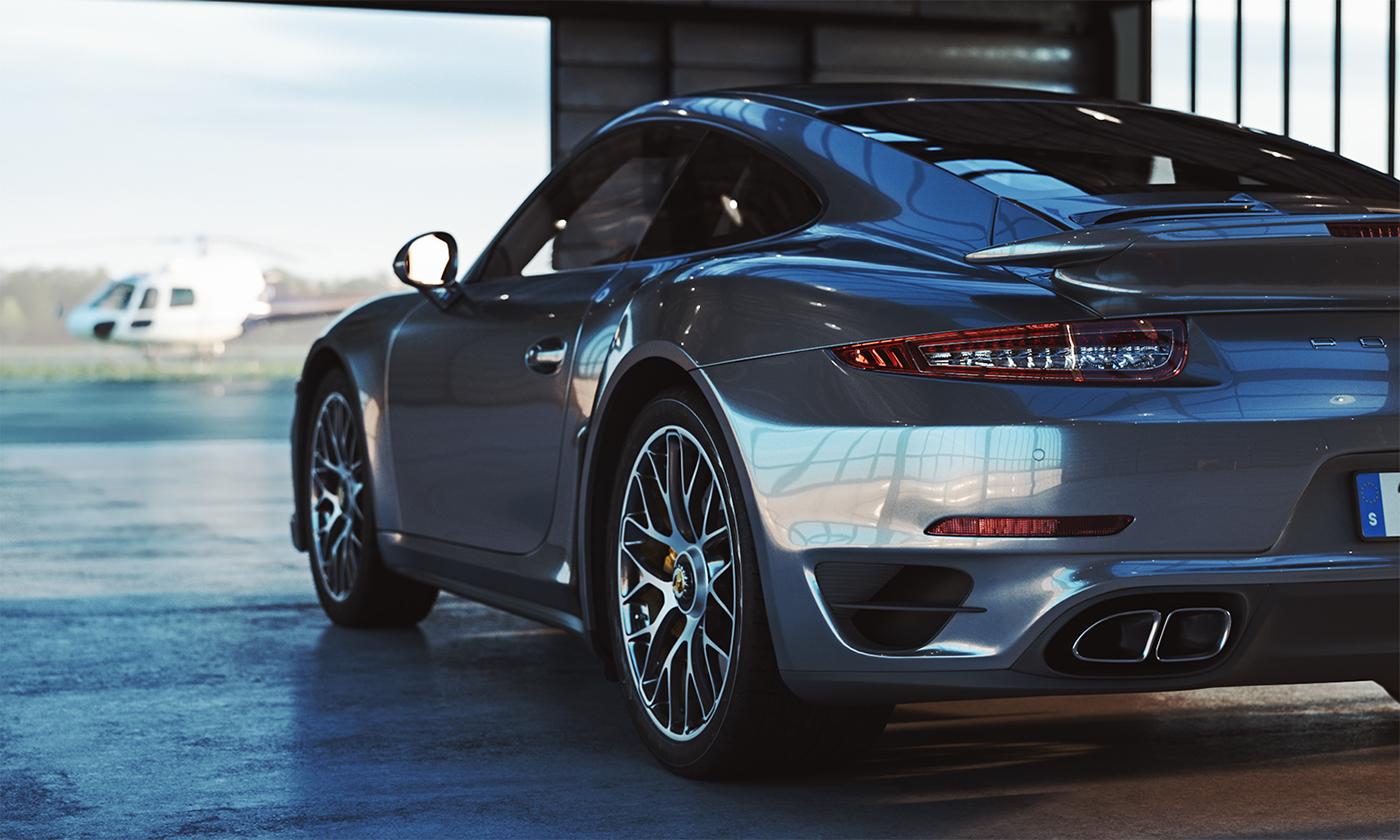 Johannes: “​​I’ve always loved the feeling of creating things. When I was little I used to draw and stuff, and I had various fantasies like building custom motorcycles and so on. But I guess I was too lazy to actually do it, and as I also loved gaming, 3D simply became like a natural next step.​​

​​I got into it the way I believe most other people do, through gaming. Making custom assets, in my case maps for Counter Strike. Embarrassing, right? However, this quickly evolved into modelling cars and I spent a good 4 years to almost exclusively model cars. Never rendered them, just built them. ‘What’s the point?’: one could ask, but I just got some great satisfaction out of succeeding to form sexy, error free objects where bent surfaces meets hard creases. Poly-porn… 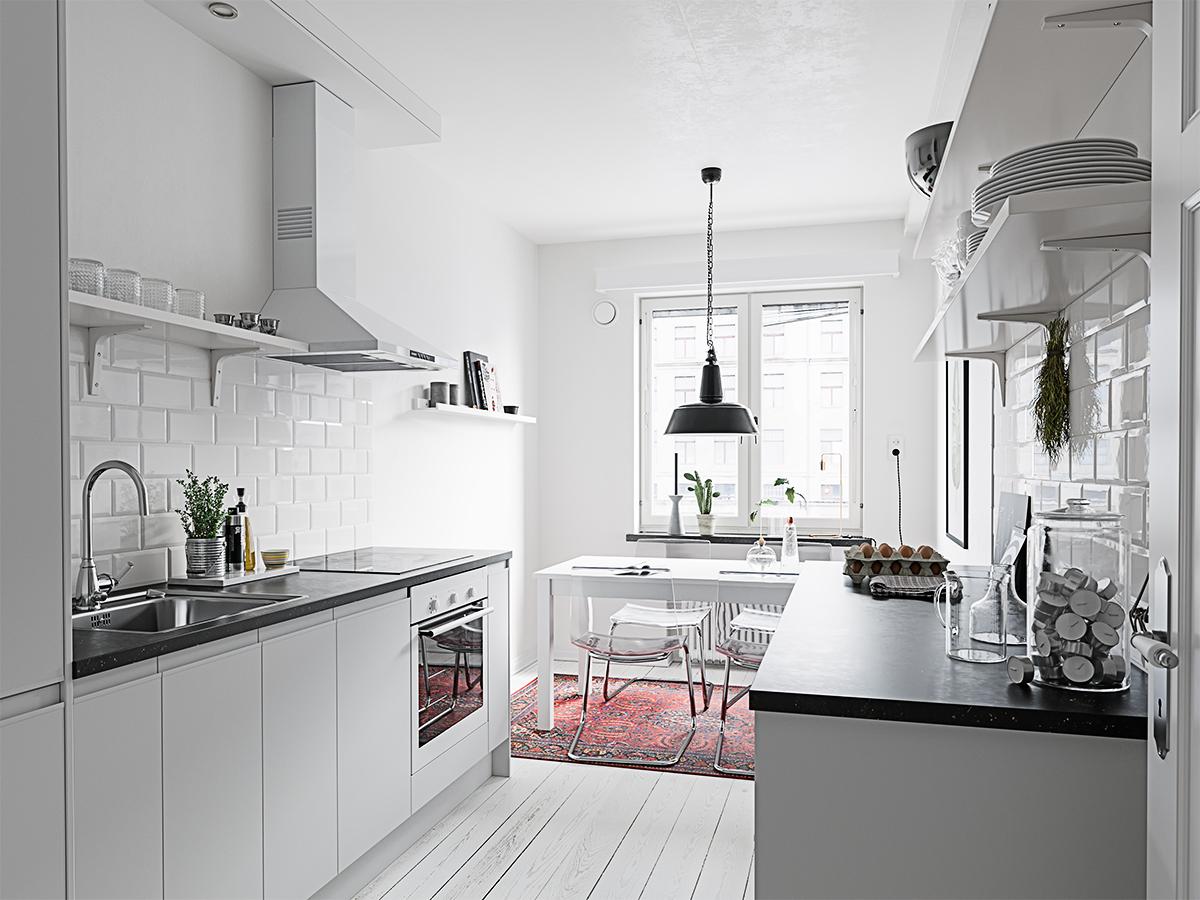 After a hard drive crash – meaning I lost basically everything I had ever done up to that point- I took a break from 3D and I eventually got back to it by experimenting with interior design instead. It didn’t take long before IKEA contacted me, welcoming me as an intern at their newly started 3D department. The village in which IKEA was founded by Ingvar Kamprad in 1926, Älmhult, is located just 11 minutes by train from my home town. It was probably really natural for me to end up there, thanks to that fact, but I still really felt that I just slipped in there on a banan shell: at the right place at the right time.

​​​​When I got there as an intern in 2007, the IKEA 3D department was made up of 5 people if I recall correctly, so I was among the first ones in. Don’t know how many is involved in the 3D process there today, but I’d guess there are about 50 or more people working now. I resigned in 2014, leaving the wonderful IKEA people behind in my search for more experience. I don’t talk to them very much anymore but they are still great friends and IKEA still feels a little bit like a second home. Anyway, even though most of my creative development actually occurred after I left IKEA and became free to find my own workflow, I truly have them to thank for everything I am today.” 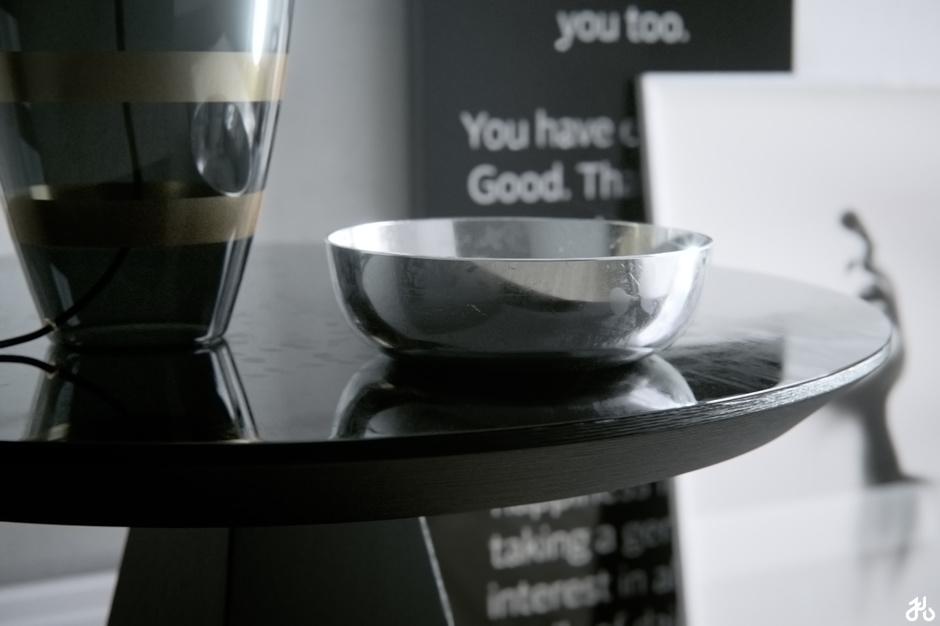 Johannes: “Designs is a funny choice of words in this case as I really don’t design anything. I just make other peoples designs come to life, mostly interior designs that is. In one way, I’m still most proud of what I did at IKEA. Not because it was something good, it was junk compared to what I’m capable of today. But I’m certainly very proud of having been creating 3D images published in what’s probably the worlds most printed and published magazine, viewed by millions of people totally unaware of the hard work put down into those images they believe are just ordinary photographs.

​​​​In another way I’m generally most pleased with my personal projects. I’m never as proud of any commercial projects as I’d want to be, but that’s not very strange as we rarely get the same creative freedom as in personal ones. And generally it’s always my latest ones, which is exactly how it’s supposed to be. The goal with every personal project is to to learn something new, to perfect the workflow and make better images. Also, part of the goal is to find ways to transfer what we learn from them into our commercial projects, making them better as well.

​​​​If my latest personal projects wouldn’t be the best thing I’ve done so far, I would have miserably failed somewhere in the process. Of course that happens, quite a lot probably (it’s indeed very subjective), but that is part of the learning process.” 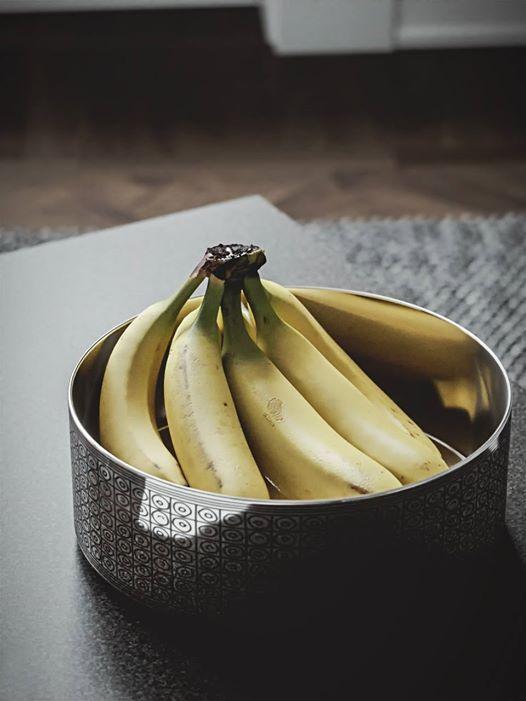 ​​​​Do them, one after the other. They are what brings you forward and that’s why they’re so important. So make sure you have time for them. No matter if you get a job at some agency, or you end up freelancing, always make time for personal projects. Without them you’ll loose your motivation, your personal development and your identity as a 3D artist. ​​Don’t end up being just a kog in the machinery.​​

​​I’ve always been chasing my “heroes” in the business, Bertrand Benoit is one of them. I followed all the blogs, listened to all the presentations, wrote all ideas down and tried to implement that into my own workflow. No, wait, that’s not what it was, because I didn’t even have my own workflow! I was only trying to imitate theirs. Somehow I never really got anywhere, I just felt I was struggling with everything, all the time. Trying to replicate their projects, their looks etc, but never really reaching it.

​​​​One day I just got tired of it and decided not to try to walk in someone else’s footsteps anymore. So I stopped reading blogs, I stopped hanging around in forums and watching tutorials and just started doing my own thing, being forced to find my own solutions to the problems I was facing. And looking back at it, it’s very clear to me that that exact moment is where my greatest and fastest creative development started. I found my own workflow, and suddenly I could work in a way that suited me personally and not someone else.​​

​​Maybe it’s a bit of a controversial tip, saying “stop following your heroes”. But it really was the only thing working for me. Stop getting so caught up in what other people are doing, and find your own path.”

Johannes: “As said earlier, I don’t really have any nowadays. I used to look up to Bertrand Benoit, Peter Guthrie, Alex Romanand all those “classics”.​​

​​Don’t get me wrong, I’m certainly not saying I don’t look up to such people because they do really great stuff. What I’m saying though is that instead of having heroes to follow, I’m simply trying to be my own hero. That’s where my best, true inspiration and motivation comes from, trying to beat myself with every new project. 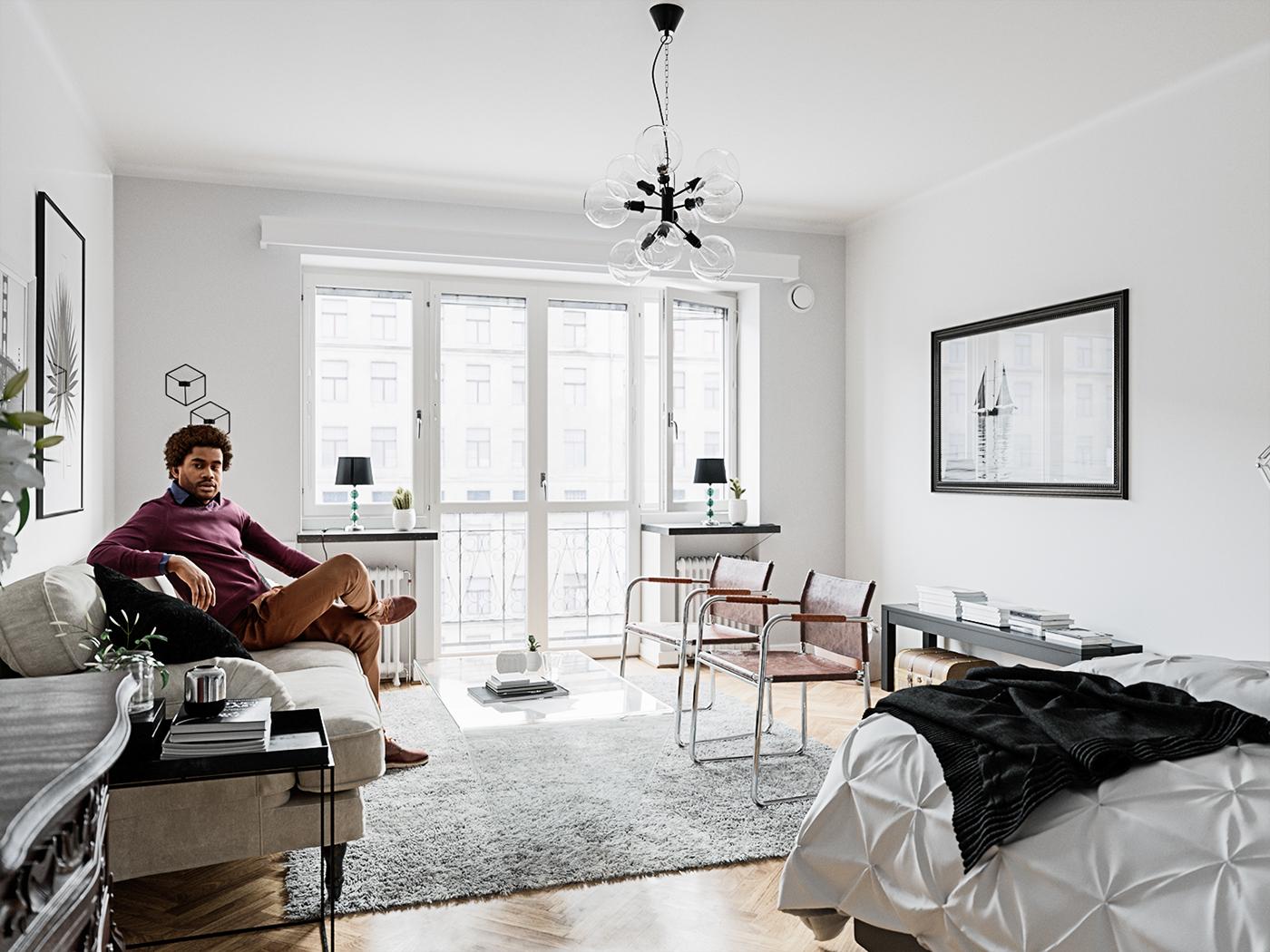 What do you think of Human Alloys models and what would you like to see from them in the future?

Johannes: “Tough one. To be honest I haven’t used very much from Human Alloy this far as I rarely use people in my images. I really do like Human Alloys products though, they are definitely the best I’ve seen on the market so far. They are very customisable thanks to the texture masks, which is something others are lacking, as far as I know.​​

​​If it would be possible, it’d be cool if you could bring it even one step further and offer rigged models, that way we could create our own poses and our own stories. Because, quite frankly, no matter how good the models are, sometimes the poses are a bit… awkward :-)” 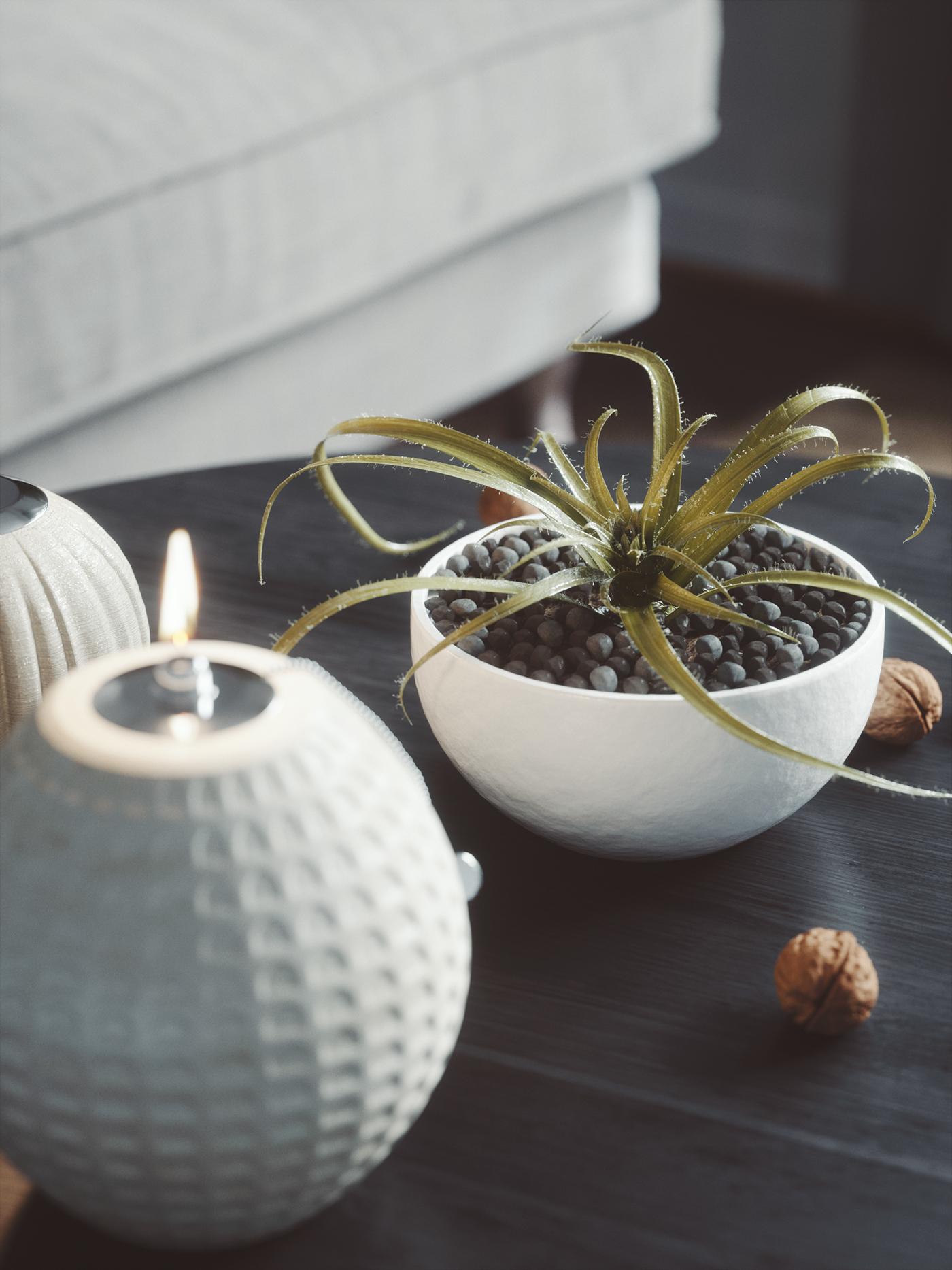 What are the things you’re looking forward to for say, the coming 12 months?

Johannes: “As we commonly say here, I have many balls in the air. One of them is talking at the State of Art Academy’s “Academy Day” in Venice this year wich will be fantastic (thank’s for the invite, Gianpiero).

​​​​Another one is involving starting a new company with my dear friend Daniel Reuterswärd. Looking forward to be able to show you our new site.

​​​​Other exciting things are a business opportunity in California which I won’t talk more about than that. But me and my family were in California this summer and gosh, it’s definitely my favourite place on earth. 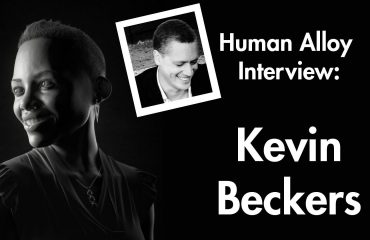 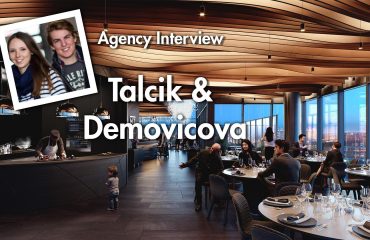 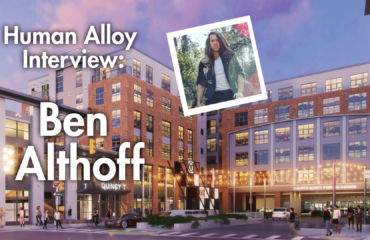